COMMUNITY HERITAGE ADVOCATES GIVE UP.

Those community groups who fought hard to get the Government to retain the heritage value St Kilda Road have all but given up to to a Government who has no interest in retaining Melbourne’s Heritage.

ST KILDA ROAD TRAFFIC CHAOS
Signs – “Seek alternate Route”.
Memo to traffic managers – The thousands who live and work in the area have no choice.

DESIGN WORK – MAKE IT UP AS YOU GO ALONG – CYP either do not have a final design or will not tell us.
Where are the exhaust shafts? Are the station entrances discrete? Will the final design replace the nature strips? Will it still be a Boulevard or a concrete jungle because its cheaper?

HERITAGE VICTORIA GIVES GO AHEAD TO CUT DOWN MORE TREES

COME AND SEE FOR YOURSELF THE DISASTER OF OUR BEAUTIFUL BOULEVARD

HERITAGE VICTORIA – History from 1862 abandoned
Hard to believe the body whose only job is to protect our heritage, gave the green light to begin the process to destroy this Melbourne icon.
And without the final design decided. – Those who pay the piper call the tune. Same applies to the MMRA – Stuff the public, they only get in the way.

St Kilda Road and a surrounding precinct encompassing the Shrine of Remembrance and Domain Parklands have been added to the National Heritage List. Thanks to Barry Jones AC, and Tom Harley.
But the decision came too late to save the plane and elm trees from the chainsaw.

Traffic along St Kilda Road has been severely restricted for at least three years, all but one lane of traffic is closed in each direction around the Domain tram interchange. There is growing community concern the process has been rushed and that construction methods with less impact were not properly considered.
Promised consultation rarely happens, and when it does officials tell the locals what is going to happen.
We were promised a lot of offset road works to divert St Kilda Road traffic, appart from tinkering around the edges little has happened.

Residents are experiencing noise and disruption as work around the site ramps up.

How can a Government that we put in office to protect our heritage, allow this wanton destruction to take place? Our forefathers back in the nineteenth century designed this magnificent boulevard from a dirt track for the citizens of Melbourne. Make no mistake, the station could have been moved a short distance to save St Kilda Road.

WHO WOULD WANT TO PUT A BULLDOZER THROUGH THIS? 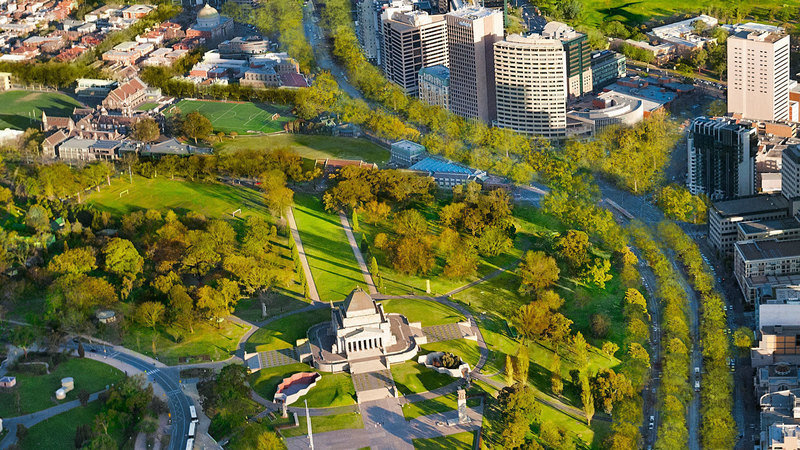